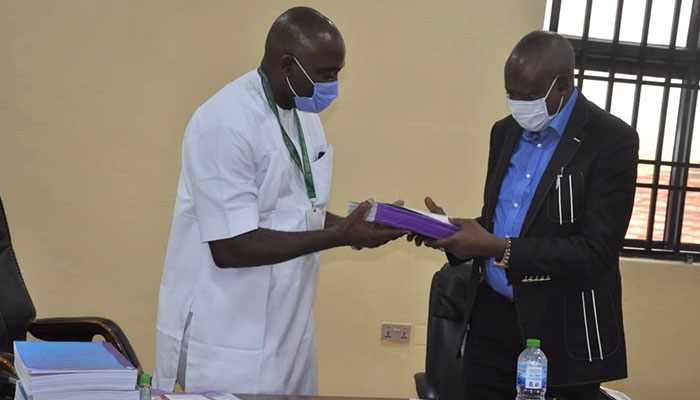 Recall that he was appointed the Vice-Chancellor of the most serious public university in Nigeria on Tuesday, 19th January, 2021.

He took over from Professor Chinedum Nwajiuba whose trophy-laden tenure elapsed on Wednesday, 10th February, 2021.

Elom, a Professor of Medical Biochemistry, is bringing on board over 3 decades of high level academic and administrative experience in the university system.

As a seasoned academic and an astute manager of human and material resources, Professor Elom would not only be building and consolidating on the solid foundations laid by the immediate past administration, in fact, he will also be leading change in different areas of the University, because leading change is a critical aspect of effective leadership. This is to break new grounds and frontiers for the University especially in the pursuit of academic excellence.

Under his administration, the university community, her host community and other strategic stakeholders and partners are assured of a responsible and resourceful leadership, where the interest of the university and that of her students and staff would be paramount at all times.

As a man who is in a haste to make a mark, Professor Elom has already hit the ground running. Immediately after taking over the reins of power he went into a close door meeting with principal officers of the university, and some other strategic stakeholders.

Speaking after receiving the hand over note, Prof. Elom promised not to disappoint the confidence reposed in him. He noted that his guiding principle during his tenure would be hinged on Colossian 3: 23 which says, “whatever you do, do it as unto the Lord, not unto man.”

He further assured that he would keep the flag flying, adding that the dreams, goals and vision of the university will be maintained, consolidated and expanded .

“We will consolidate, build and expand on the achievement of the past administration under Professor Chinedum Nwajiuba.

” We will keep the flag of the university flying at full mast and the noble dream of making the university a world class institution would not be allowed to die under my watch.”

He also used the opportunity to call on the entire university community to join hands with him in order to take the University to the next level.”