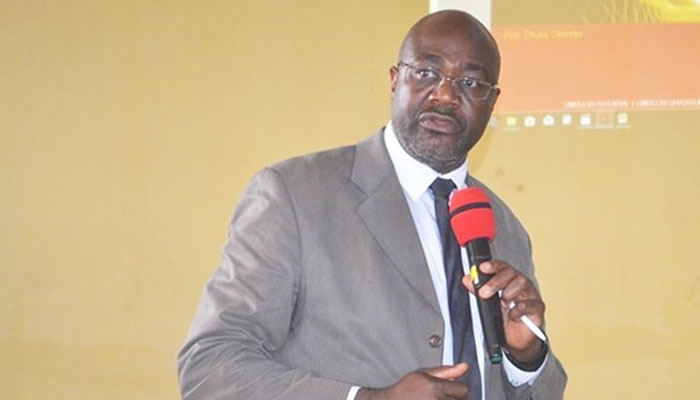 The irrevocable commitment of Alex Ekwueme Federal University Ndufu-Alike, Ebonyi State to academic excellence, by  emphasizing production-led and solution-driven research has started yielding enormous dividends, as 11 of its academic staff have secured research grants from international institutions and the Tertiary Education Trust Fund (TETFund) to carry out impactful studies in different areas.

More so, Dr. Makuachukwu Ojide of the Department of Economics and Developmental Studies received a research grant of Six Thousand Eight Hundred and Seventy Five Euros (€6, 875.79) from Wageningen University, Netherlands. This is the balance of €13, 751.58 grant awarded to him in 2018, having received €6,875.79 in 2019.

Also, Engr. Dr. Chukwunonye Ezea of the Department of Civil Engineering secured a research grant of Twenty Thousand Pound (£20,000) from the Royal Academy of Engineering, United Kingdom, while Dr. Nwabueze Elom of the Chemistry Department secured a research grant from the Royal Society of Chemistry, United Kingdom worth Four Thousand Pounds (£4,000).

At the domestic front, a team of researchers under the leadership of  Prof. Onuegbu O. Ugwu, Director of Research and Development of the University,  secured a TETFund research grant worth Twenty Five Million Naira (N25, 000, 000) through their work titled “Integrated Decision Support for Sustainable Infrastructure Assessment and Reporting in Nigeria” , and another team of researchers led by Dr. Peter Okoli through their work titled “Development of Isotope Fingerprinting Protocol for Efficient Implementation of Polluter Pays Principle in the Management of Environmental Pollution Emanating from Lead Mining Activities in Nigeria” further secured a TETFund  research grant in the sum of Thirty Nine Million, Eight Hundred and Sixty Two Thousand Naira (N39, 862, 000). Ugwu and Okoli are of the departments of Civil Engineering and Chemistry respectively.

Similarly Mr. Ugochukwu C. Okolie of the Vocational and Technical Education received N200, 000, which was a balance of a N400, 000 research grant awarded to him 2019.

It is instructive to note that all the grants were secured in 2021, which underscores the avowed commitment of the AE-FUNAI academic staff to the clarion call made by Vice-Chancellor on his assumption office, when he urged all staff to be focused and dedicated to their responsibilities in order to achieve the University’s core mandates of teaching, research and community service.

While speaking on the importance of his work, one of the recipients of the research grants, Dr. Nwabueze Elom, Acting  Head, Department of Chemistry, noted that in Ebonyi state, artisanal lead(Pb) mining has been ongoing for over sixty years and as a result , both current and abandoned mining sites abounds in residential Ebonyi communities.

He also stated that he had researched extensively on environmental and health risks of Pb and other contaminants from numerous mining sites in Ebonyi communities, adding that his current research is tailored towards the determination of Blood Lead Levels (BLLs) of children and adults living near the mining sites.

Dr. Elom further noted that the result of his study would have significant societal impact because it will be used to enlighten the community dwellers on the risks of living close to mining sites and also educate governmental regulatory bodies on the necessity of formulating and enforcing environmental laws.