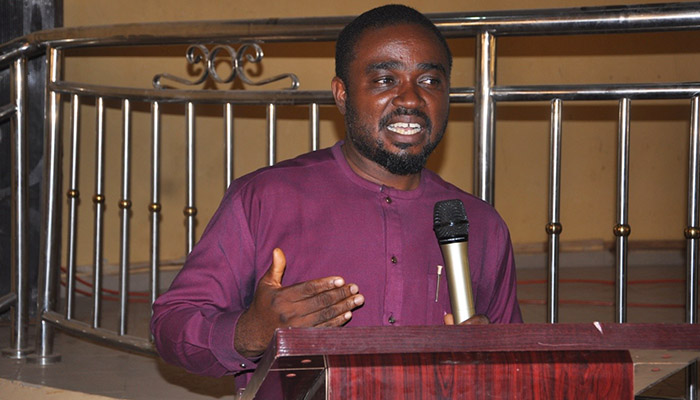 The book titled “Obesity Metabolic Disorder Series 1’ is a must-read for all, as it exposes the actual meaning of obesity and its health risks and implications on people as well as the strategies for containing and managing the medical disorder, which has become a menace in our society.

Ejike has been described by many as an erudite scholar who has contributed immensely to the development of the education system in Nigeria, as evidenced in his intellectual works which span through various areas, and published and cited both in local and international journals.

While giving his speech during the event held at the NEEDS Assessment Building mini auditorium, AE-FUNAI, on Wednesday, 11th January, 2022, the Vice Chancellor of the University, Professor Sunday Elom, congratulated and eulogized the author for his effort in putting the University in the global map through his scholarly publications. The Vice-Chancellor who was represented at the event by the Deputy Vice-Chancellor, Administration, Professor Abel Ezeoha, further stated that writing a book inspires the younger ones to expand their knowledge beyond the classroom experience.

The 8-chapter book was reviewed by Dr Urudinachi Nnenna Agbo, a Consultant Community Medicine and Public Health Physician at Alex Ekwueme Federal University Teaching Hospital, Abakaliki (AEFUTHA), who also is the President of the Obesity Society of Nigeria.

She stated that the book seeks to educate the reader on the contrary notion that ‘obesity’ simply is a consequence of poor lifestyle choices, but rather a complex, polygenic, multi-functional and chronic disease that is resistant to many forms of treatment. The book therefore presents the science of ‘Obesity’ in the hope that some entrenched myths about the disease be.

Some members of the University Governing Council including Emeritus Professor, Michael Omolewa, and Heads of various Directorates in both AE-FUNAI and AEFUTHA, and notable professors of the institution graced the event.