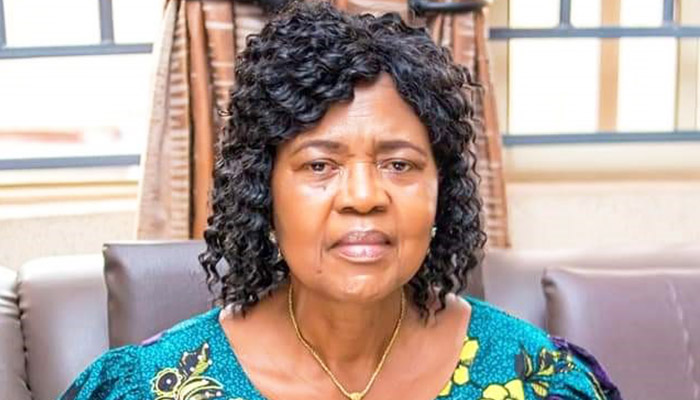 It was a day of tributes and commendations as people from all works of life converged at the Abubakar Rasheed Auditorium, Alex Ekwueme Federal University Ndufu-Alike, Ebonyi State, for a book presentation in honour of a celebrated international scholar, seasoned essayist, accomplished journalist, astute administrator and philanthropic, Prof. Akachi Adimora Ezeigbo.

Organized by the Department of English and Literary Studies of the University in conjunction with the Ezeigbo and Urama families, the Public presentation of the book, “The Writer in the Mirror: Conversations with Akachi Adimora Ezeigbo” edited by Dr. Evelyn Urama, held on Thursday, 14th October, 2021, was the first of its kind in the history of the University.

Declaring the event open, the Vice–Chancellor, Prof. Sunday Oge Elom stated that he is delighted to have such an icon in the University, describing her as a rare gem whose presence has improved the image and standing of the University.

He thanked the Editor of the book Dr. Urama for her commitment to excellence, and more importantly for editing a literary masterpiece in honour of a literary giant like Prof. Ezeigbo.

Reviewing the book, the Head of Department, English and Literary Studies, Dr John Otu said it is a book of conversation, dialogue and chit-chat on an outstanding Nigerian writer, academic, journalist and administrator, with interviews that span the academia, media and other areas.

He further noted that Prof. Ezeigbo is a respected voice in the Nigerian literary circle, with her pungent views on salient issues of the time, adding that she has published over fifty books that cut across the genres of poetry, fiction, drama and children’s literature.

He thanked the editor, Dr. Urama and her crew for doing a good work in assembling the famous writer’s prominent conversations and interviews scattered in various tabloids and journals.

The celebrant, Prof. Ezeigbo, while speaking at the event, said she was elated, noting that she has special love for AE-FUNAI and Ebonyi State, and was happy to be in the University. She thanked the Vice-Chancellor for supporting the hosting of the event in the institution, promising to remain steadfast in contributing her quota to the development of the University and the training of young minds.

While delivering his speech, the Chief book presenter, Apostle Nnamdi Mbaigbo said he was delighted to be at the event, noting that although he has not met the celebrant until the event, he was happy to associate with her because she is making waves in her area of specialization.

Speaking earlier, the Editor of the book, Dr. Urama, said editing the literary piece gave her great honor, adding that the book is a celebration of the close working relationship between the Faculty of Humanities and the Department of English and Literary Studies in creative writing through the mentorship and editorial training of Prof. Ezeigbo and other senior colleagues, who helped to compile the conversations and interviews of the celebrant since 2015.

She added that she is confident that with strong mentorship from professors and other senior academics, greater heights will be achieved in creative writing and other areas in the University.

Highlights of the event were poetry and dance performances by students of the Department of English and Literary Studies, and unveiling and public presentation of the book.